Quantum measurements more precise than ever before

An international team of researchers, including scientists from Jena, has succeeded in developing a new and particularly precise type of measurement in tiny quantum systems. Applications are conceivable in semiconductor manufacturing, for example, but also in mobile radio technology or microscopy in the future. Experimental tests to prove the study were carried out on Germany's first quantum computer, the Fraunhofer "QSystemOne", among others. The researchers have now published their results in the journal "Nature Physics".

Measurements are not all the same. While everyday objects, e. g., the components of a car, can be measured quite easily in terms of size, weight, and composition. The situation is quite different when tiny quantum objects, such as light particles, are to be examined in terms of their properties.

An international research team has now succeeded in developing a new measurement method that enables highly precise measurements even in these tiny systems. To this end, the researchers are taking advantage of a fascinating property of quantum objects: their entanglement.

Entanglement means that pairs of entangled particles (e. g., photons, i. e., light particles) are created. Each particle always knows the exact state of its "twin" - even if the twin is far away. If the two entangled particles are measured, their properties can be determined more precisely than if each object had been measured on its own, according to the researchers.

"Measurement tasks, for example in interferometry, can be made much more precise with entangled states," explains Dr. Falk Eilenberger. He is a quantum researcher at Fraunhofer IOF and co-author of a study that has now been published in the journal Nature Physics. He continues: "When measuring any property of a quantum system, a certain amount of noise is unavoidable. By entangling the two systems, we can reduce this noise and thus achieve a more accurate measurement."

The group of researchers tested their theory on 19 different quantum computers, including Germany's first quantum computer, the Fraunhofer-IBM QSystemOne. "The computer in Ehning was essential for our work," explains Eilenberger. "We were able to calibrate the machine particularly accurately, which is absolutely necessary for precision measurement."

With the help of the experiment on the quantum computer and a single photon source, the researchers were able to reach the fundamentally feasible physical limits of noise and demonstrate the quantum advantage of an entangled measurement. The new method thus enables measurements of unprecedented precision in practice. "To date, there have only been theoretical predictions of limits to noise in measurements with entangled systems," discusses Tobias Vogl, also a researcher at Fraunhofer IOF and co-author of the study. "We now show a concrete way to reach this limit, demonstrating that it is achievable with single photon sources and quantum computers."

The researchers hope that one day they will even be able to entangle three or more quantum systems with each other. In this way, an even higher precision of the measurement would be possible in the future.

Special application potentials for the latest research results arise in interferometry. This is a measurement method that uses the phenomenon of interference (i. e., superposition) of (light) waves. So-called "interferometers" have numerous applications in industry, especially in the precision manufacturing of semiconductors and optical components. In the long term, however, according to the researchers, it is also conceivable that the new technology will be used in noise suppression for radio signals (6G) or in the examination of biological samples in the context of microscopy.

In particular, the researchers' work clearly illuminates the connection between interferometry and quantum computers. It shows that concepts from both worlds can be transferred to the other for their respective benefit. "In this way, we establish quantum computers as machines for precision testing fundamental physical limits and regularities," says Eilenberger. 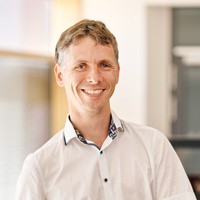 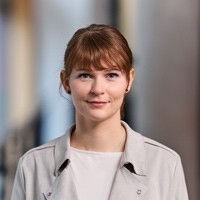