As an essential part of future applications, LIDAR (light detection and ranging) laser systems are often to be found in the current research environment. Many of these applications not only involve a very challenging performance level on the part of the laser itself - like high output power, efficiency and diffraction-limited beam quality - but also operate under extreme ambient conditions. Taking the derived requirements into account, it becomes clear that the fiber laser is a high-profile candidate for the laser concept of choice.

Over the several last years, Fraunhofer IOF has developed an ns-pulsed LIDAR prototype fiber laser at eye-safe optical wavelength (1550 nm) destined for operation under harsh conditions (e.g. major temperature changes, vacuum, vibration, hard radiation). With a peak power of up to 5 kW and pulse repetition frequencies between 25 and 150 kHz, objects at a distance of kilometers can be sensed via galvanometer scanners in real-time with centimeter spatial resolution. Due to its high performance, this technology opens up a wide range of new applications.

The Fraunhofer IOF fiber laser was successfully tested during the rendezvous and docking maneuver between the ESA’s ATV-5 vehicle and the international space station (ISS) on august 12, 2014. As a part of a new sensor type, developed by the space company Jena-Optronik GmbH, the fiber laser is dimensioned for scanning objects in space within the km range and at cm resolution.

With the laser system developed by researchers at the Fraunhofer IOF dangerous space scrap (non-service satellites, fragments of space stations and remnants of space emissions) can be tracked and located in a centimeter-exact manner. The data could be used to prevent collisions with functional satellites and space stations. 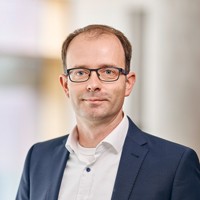