"QUILT" pushes the boundaries of optics

Quantum mechanically entangled light particles break down the boundaries of conventional optics and allow a glimpse into previously invisible wavelength ranges, thus bringing about new possibilities for imaging techniques, microscopy and spectroscopy. Unearthing these possibilities and creating technological solutions was the goal of the Fraunhofer lighthouse project QUILT. Fraunhofer IPM contributed to the success of the project by a world first, the »Quantum FTIR«, which is the quantum optical equivalent to the classical Fourier transform spectrometer.

Light can do some amazing things. For example, light particles (photons) be entangled upon creation, which connects them inextricably to one another in terms of their properties, not just across great distances, but also across different wavelength ranges. These entangled photons are the tools used by the Fraunhofer researchers in the project “QUILT – Quantum Methods for Advanced Imaging Solutions.” They are using the photons to develop quantum optical solutions for wavelength ranges that have thus far proven to be virtually inaccessible. These wavelengths provide us with valuable information beyond the light of the visible spectrum: Short-wave ultraviolet radiation, for example, can be used to make the tiniest structures in cells visible. Infrared radiation provides information about noxious gases in the air or the composition of plastics, and long-wave terahertz radiation can be used to precisely determine the thickness of coating and paint layers. There is thus great potential in the fields of biomedical diagnostics, material testing or process and environmental analytics. The only issue is that creating and detecting these light waves requires significantly more resources than those used in imaging techniques for visible ranges.

For four years, teams of researchers from six Fraunhofer Institutes have been working with external organizations, supported by an advisory board with representatives from industry and science, to find ways of using the entangled photon pairs in different measurement methods in imaging, spectroscopy and metrology — making the invisible visible. The underlying principle is that while one photon has a wavelength that can be captured on camera, the other is designed to interact with the object under examination in the invisible range. The entanglement, dubbed by Einstein as “spooky action at a distance,” means that the information gathered by the second photon is transferred to the first, making it visible to the camera.

During this project, the partners have done important pioneering work for scientific and technical development in this relatively new field. The first ever use of the new detection principle for terahertz radiation was demonstrated. This could, for example, improve methods for investigating materials in the future. A quantum optical counterpart has been developed to the classical Fourier-transform infrared (FTIR) spectrometer, which is used in areas such as process analytics to examine gas samples. The project also produced the first ever video created using imaging with undetected light and the world’s first 2D image captured and reconstructed using “quantum ghost imaging” with asynchronous detection. Above all, ghost imaging is well suited to biological and medical applications, in which light-sensitive cell samples can be observed over a long period because the new processes use less light. This can help to improve diagnosis.

The project has resulted in the submission and granting of seven patents, high-profile scientific publications and demonstrators for quantum-based imaging, spectroscopy and optical tomography. The researchers intend to use these to continue exploring new unconventional fields of application for quantum-based methods together with industry partners. Innovative branches of industry, such as environmental technology and medical engineering, are of particular interest. For the exchange of ideas in the international scientific community, in 2018 the QUILT consortium initiated an annual series of seminars, “Sensing with Quantum Light,” which has become the leading platform in the field. 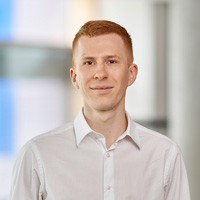