The researching of complex quantum states of light is at the core of our work in the Quantum Communication Technologies group at Fraunhofer IOF. The focus is on the development of innovative technologies in the areas of long-range quantum communication, remote sensing, distributed quantum networks, and quantum information processing.

Our research areas include:

Our range of services

Depending on the area of ​​application, we offer our customers individually flexible solutions. In the field of quantum communication, this ranges from space-capable high-performance sources for entangled photons, to complete photonic system solutions based on adaptive optics, to lightweight telescopes for space and ground systems.

You share our fascination for quantum technologies and would like to work on innovative solutions as part of our research team? Then we are looking forward to your unsolicited application!

Your advantages of working with us

The research strength of our research group is also reflected in the scientific publications.

A list of scientific papers on the subject of quantum communication research can be found below:

Our research highlights in the field of quantum communication systems

Our research is focused on applied quantum photonics – from quantum optical concepts to system-level application in quantum communication networks. Our latest results include the demonstration of polarization-entangled photon sources with exceptional pair generation rates, innovative approaches to quantum-enhanced sensing using multi-photon interference, as well as harnessing spatially-encoded and frequency-encoded states for high-dimensional quantum information processing. Propelling quantum technology to market-ready applications is also one of our goals which we pursue in tandem with other partners, focusing on the development of quantum payloads for satellites and quantum communications systems for free-space and fiber networks in metropolitan areas.

Quantum communication enables the tap-proof exchange of keys for encoding security-relevant information. In contrast to algorithmic cryptography methods, whose security is guaranteed by the computing effort involved in decryption, the security of quantum cryptography is based on physical principles such as quantum entanglement or the superposition principle. Fraunhofer IOF is developing actively, together with partners in research and industry, quantum communication systems, which can be applied to existing fiber-networks as well as in terrestrial-free space links.

The goal of the QuNET initiative is to develop the physical-technical fundamentals of quantum communication systems and optical link technologies for use in real infrastructure - targeted for application in high-security networks. R&D contributions of Fraunhofer IOF are supported by expertise and competence along the entire quantum photonic process chain. In addition to components and key technologies, overall systems for quantum communication in real free-beam and fiber network infrastructure are investigated and demonstrated.

In the first phase of the project QuNet a key experiment is conducted at the interface between quantum channels in different wavelength bands and transmission media: a necessary development for future integration into a heterogeneous network architecture. In a technology demonstrator, a secure connection between two buildings is made possible via an optical free-space link. Elementary building blocks of the demonstrator are reflective telescopes with precision optics for the optimized transmission of polarization-encoded quantum states, a polarization-entangled photon-pair source, and post-processing units, which include single-photon state analyzers and key management system to generate quantum keys.

Each of the telescopes is equipped with an active beam tracking system and they provide an aperture of 20 cm, which allow a free beam link. The entangled photon-pair source emits photon-pairs with a rate of up to 1 Million photons per second at a wavelength of 810 nm. A second source, which is non-degenerate and thus emits at 810 and 1550 nm, can be implemented to connect the optical free-space link to an optical fiber network. The detection system guarantees tap-proof communication between the endpoints using high time resolution and precise synchronization in the pico-second range.

The security of quantum communication in this case is based on the so-called BBM92 protocol for polarization-entangled photons.

Do you have questions about our services?

In a personal meeting, we will advise you on our (individual) range of services and our core competencies. Please contact us.

We develop special and visionary solutions - tailored to the needs and wishes of our customers. Let us talk about your idea(s).

You would like to work with us?
Then apply with us!

We are always looking for creative minds and committed people who want to develop innovative solutions with light together with us. Visit our job portal or send us a speculative application:

Become part of the team 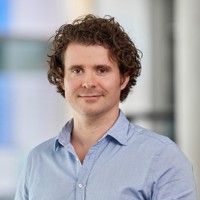