Modern and powerful mirror optics for imaging, spectroscopy and beam shaping are based on complex optical surfaces. In the aerospace field, Fraunhofer IOF investigates the design, manufacture and assembly of modern telescope and spectrometer optics with on-axis and off-axis aspheres, free-form surfaces and structured surfaces (gratings).

Mirrors which are produced, characterized and integrated in the optical path with micrometer precision display their excellent performance in application.

Metal optics for the IR to the UV range are developed at Fraunhofer IOF. A range of process chains have been established for this purpose. Optical systems for earth observation and planetary exploration have been developed, as have modern LIDAR systems for detecting the vortex trails of aircraft.

The following components and systems are currently in development:

TMA metal optics are developed and built for earth observation systems. Here, aluminum substrates from A16061T6 with amorphous nickel-phosphor layers are used. RapidEye is a satellite system with five identical optical systems for earth observation. It is based on TMA telescopes with two aspherical and one spherical mirror. In addition to the mechanical design of the mirrors, key activities at Fraunhofer IOF included the manufacture of the aspherical and spherical metallic mirrors with diamond processing, polishing processes and form correction. Furthermore, coating of the mirrors, assembly and adjustment of the TMA optics was undertaken at Fraunhofer IOF.

For the first time, a reflective optical free-form surface with a diameter of 225 mm for a breadboard demonstrator of a TMA telescope for modern weather satellites was developed. The Fraunhofer IOF investigates the application of AlSi material with amorphous nickel-phosphor coating to realize athermal metallic optics without thermal mismatch. In the process chain of diamond processing, polishing and ion beam correction, surfaces with a micro roughniess of 1 nm RMS and form deviation of 200 nm PV could generally be demonstrated.

The Fraunhofer IOF is developing reflective infrared spectrometer optics for the MERTIS instrument based on diamond-processed mirrors and a curved optical grating.  The spectrometer optics consist of a TMA telescope and an OFFNER spectrometer. For the IR spectral band, the optics are produced ultra-precisely with diamond processing and then coated with gold. The exact system assembly is carried out modern clean rooms. MERTIS is an instrument of the Bepi Colombo Mission for investigating Mercury.

Together with the Institute for Photonic Technology (IPHT), the Fraunhofer IOF has developed a prototype of a miniaturized UV-VIS spectrometer for space applications.

Vortex trails which occur behind aircraft taking off or landing can represent a considerable danger to following aircraft. For this task, an x/y scanner with a large aperture and simultaneously high deflection speed was developed. The selected approach enables the offsetting of aircraft movement. The structure was chosen so that the deflective movements are realized with ultra-precise metallic mirrors. Here, the mirrors with limited angle torque motors form the scanner systems. 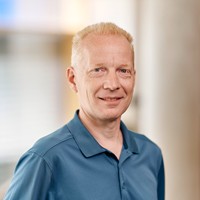